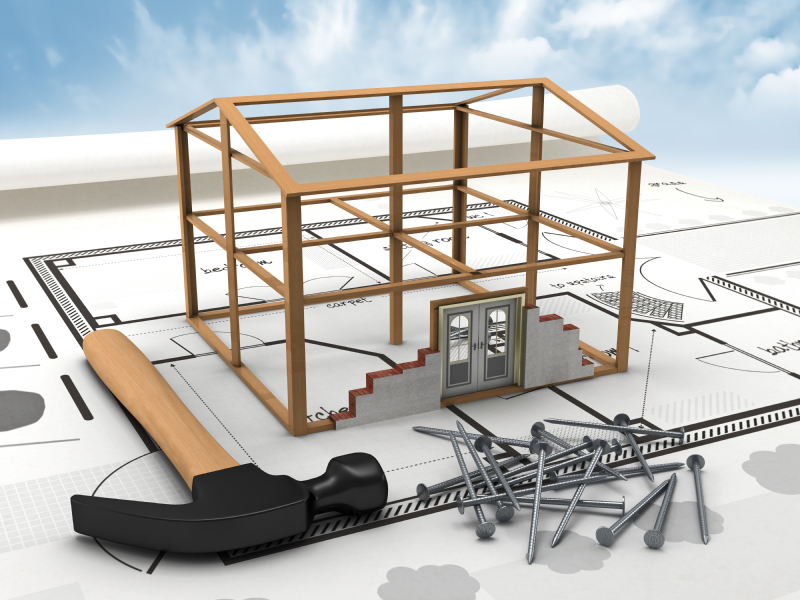 In 2 Sam. 7:2, King David noted the incongruity of him living “in a house of cedar, [while] the ark of God dwells in a tent.” He spoke with the prophet Nathan, who encouraged him in his plan to build a house—a temple—for God.

It was good that David wanted to build a house for God. It was precious in God’s sight that it was in David (initiated by God’s grace) to want to do something great for God because of his love for God.

In grace God responded to David’s love by promising something for David that was infinitely greater than David could have ever imagined. Although David wanted to build a house for God, God said that instead He would build a house for David; not in a structural sense, but in a human sense. From David’s descendants would come a King—Jesus—who would reign forever. Through the coming Son of David, God promised to build the “House of David” and “establish the throne of his kingdom forever” (v. 13). David would have the joy of knowing that one of his descendants would rule not only Israel, but the entire universe and do so forever.

God was far from finished, however, in astounding His people with the grace of His house-building work.

Now, God makes us—believers in Christ—His house. “We are the temple of the living God,” the Bible proclaims in 2 Cor. 6:15. Eph. 6:22 says of believers in Christ, “In him you also are being built together into a dwelling place for God by the Spirit.” God Himself now dwells by His Spirit in the body of each individual Christian and also in unique ways when the body of believers (the local church) is assembled.

Then, in another stunning, gracious promise, God tells us there’s even more to His house-building. He not only indwells our bodies as His house (temple), He is preparing a place where our bodies can dwell with him forever. As Jesus said in Jn. 14:2, “In my Father’s house are many rooms. If it were not so, would I have told you that I go to prepare a place for you?” To think of living with that King in His heavenly home forever is a promise and a gift we could no more imagine or deserve than David could have dreamed of the house God would build for him.

Remember this when you think of the coming of Jesus. We gave Him no house—only a cattle stall—in which to be born. Later, as a man He would say, “Foxes have holes, and birds of the air have nests, but the Son of Man has nowhere to lay his head” (Mt. 8:20).

Despite how we shut Him out, He took upon Himself the sins that had shut us out of Heaven. And when we look to Him as our only door (Jn. 10:9) to God and Heaven, we will be welcomed by the Father. Then, like the astonishing outpouring of grace that He showed to David, He—the eternal King—is willing to make our bodies His house, and to give our newly-remade bodies a house with Him in glory forever.

10 Questions to Ask at a Christmas Gathering