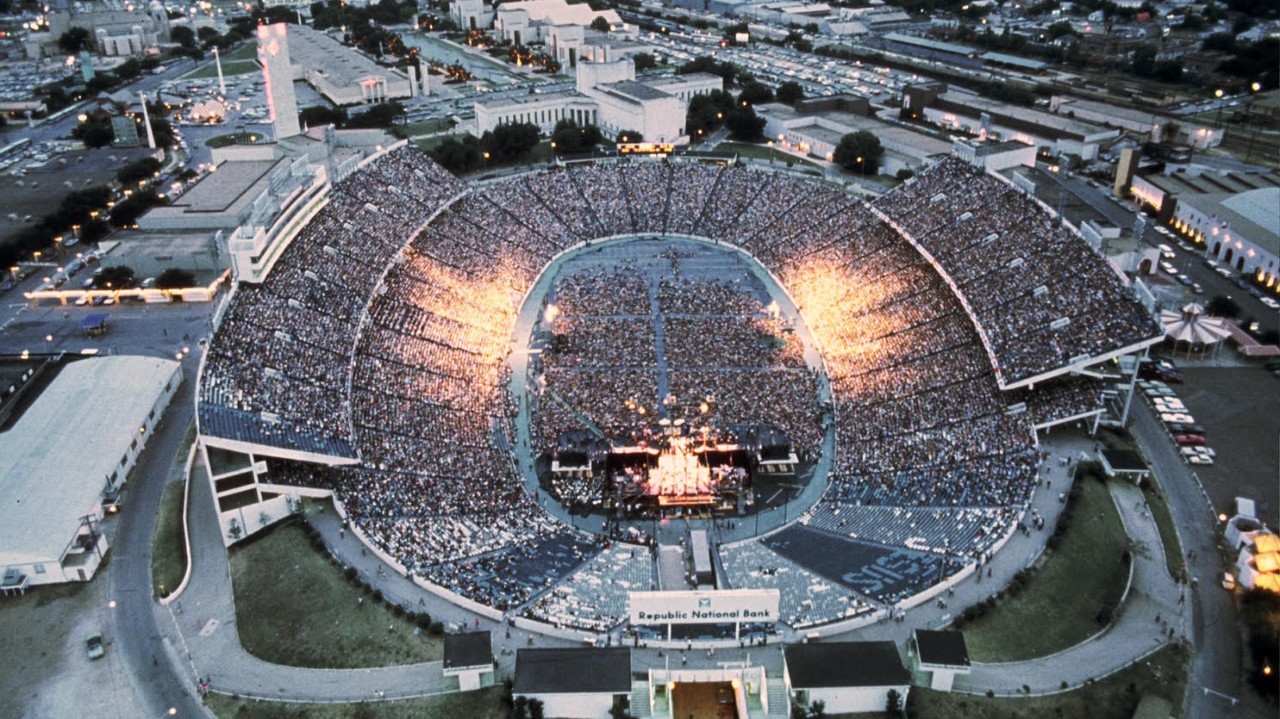 Perhaps no year in modern history so parallels the turmoil of 2020 than 1968. The assassinations of Martin Luther King, Jr., and Robert F. Kennedy, the widespread riots, the major cities aflame (literally and socially) with racial tensions, the political turmoil of an election year epitomized by the violence surrounding the Democratic National Convention, the marches and demonstrations against the unpopular Vietnam War—all these were embroiling and dividing America in 1968.

There was even a global pandemic: the Hong Kong flu killed more than a million people worldwide. Sound familiar?

The Jesus Movement and Explo ’72

But in retrospect, it’s encouraging to realize that rumbling beneath it all, the Jesus Movement was gathering momentum as a work of God’s power that would flourish across the country in the years immediately following. The high-water mark of this decade-long movement was surely Explo ‘72. Some 80,000 young people gathered in Dallas’ Cotton Bowl (my newly-converted, future wife Caffy was there) to hear Billy Graham preach six times. By the end of the week some 100,000 to 200,000 gathered for a Christian concert that is often credited as the genesis of what became known in the 1970s as Christian Contemporary Music.

The Jesus Movement was far from perfect. Many conservative churches criticized its informality, ecumenicism, unconventional approaches, and music. Sound theology was often minimized. And while I wouldn’t consider it comparable to the First Great Awakening (ca. 1730s and 1740s), the Second Great Awakening (ca. 1800-1830), or the Prayer Revival of 1859, it was almost certainly the closest thing to as a movement of God in scale and influence we have seen since.

Unprecedented numbers of young people in churches, colleges, and seminaries mobilized for prayer, Bible studies, and evangelism. Countless lives were changed, and the effects of the Jesus Movement continue to this day. I, myself, was indelibly impacted by it as were many of the seminary colleagues with whom I now teach. I’m confident that almost any Christian leader today who lived through that period (especially if they were a believer then) would say the same.

But these leaders are now nearing the end of their ministries, and so many are already gone. I was just a teenager at the start of the Jesus Movement, but I’ll never forget the hunger for the Word of God that I saw in those days, and I long to see it again. Those who were born since the late-60s have never seen anything like it on such a national scale.

Since the beginning of the pandemic, many Christians have been praying for the Lord to use it to turn the hearts of people to Himself throughout the world as never before. These prayers have only intensified since the killing of George Floyd. Christians have prayed that the world would see that the solutions of man are ultimately hopeless in terms of changing hearts and societies in the deepest ways.

Could it be that the Lord would bring out of the chaos of 2020 something like He did out of 1968, but in even more dramatic and global ways? We know that He can do this, for Christians affirm with Job, “I know that you can do all things, and that no purpose of yours can be thwarted” (Job 42:2).

The Sovereign God Calls Us to Pray

Whether He does or not, we know that He is in control of all things even now and is bringing them to the fulfillment promised in the Book of Revelation. “In Christ,” says Ephesians 1;10, God has “a plan for the fullness of time, to unite all things in him, things in heaven and things on earth.” As the next verse promises, everything will surely come about “according to the purpose of him who works all things according to the counsel of his will.”

But let it not be that we do not see a powerful, Christ-exalting, Gospel-centered, Bible-based, world-changing, congregation-revitalizing, church-planting, missionary-sending, pandemic-stopping, injustice-smashing moving of the Holy Spirit in our time because we do not ask for it (James 4:2). So, recalling 1968 and the Jesus Movement that followed, let us pray in faith, “Lord, do it again; greater, broader, and deeper than ever before.”

“Now to him who is able to do far more abundantly than all that we ask or think, according to the power at work within us, to him be glory in the church and in Christ Jesus throughout all generations, forever and ever. Amen.” (Ephesians 3:20).