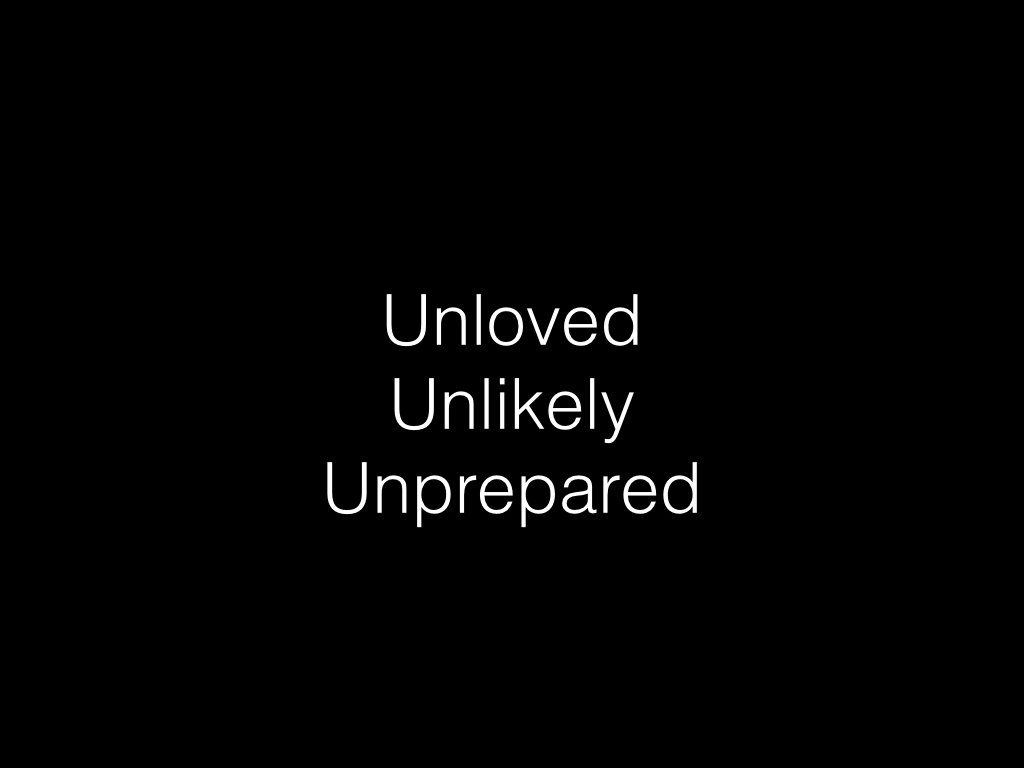 In John 4, Jesus Christ met a woman from the city of Samaria who had come for water to the well where He was resting. When Jesus’s disciples returned to Him with food from the city, “they marveled that he was talking” with her (v. 27).

Why? Because it seemed evident that there was no common ground between the two. Nothing about her would have caused the disciples to think of her as a potential follower of Jesus. Surely Jesus could see this, too, so they couldn’t understand why He would spend time talking with her when He could be resting, or praying, or doing something more profitable with His time.

Let’s notice what Jesus did here and learn from His example.

Jesus looked upon the unloved. No one loved this woman. The many men in her life apparently hadn’t loved her; they had only used her. The other women didn’t love her, that’s why she was drawing water by herself in the heat of the day instead of going to the well in the evening with other women from the town.

Who in the regular routines of your life is unloved? You’ve never thought of him or her or them as being ready for the good news about Jesus, any more than the disciples thought of this woman (or she thought of herself) as being on the verge of conversion. But now you will.

Jesus looked upon the unlikely. No one was more unlikely than this woman and these Samaritans. For starters she was a woman. Rabbis in those days wouldn’t be seen talking with a woman in public, sometimes even their own wives or daughters, lest it be misconstrued by those who might see them talking. Supposedly there was a group known as the “Bruised Pharisees” who wouldn’t even look at a woman in public, but would close their eyes or turn their head. As a result they were always running into buildings, the corners of houses, and other stationery items.

Worse than that, this was an immoral woman. On top of that, she was a Samaritan woman. And all the people coming out of the city to Jesus were Samaritans. They were all unlikely prospects.

As you lift up your eyes, who in your fields would be considered too far from Jesus to be interested in hearing the message about Him? Who is someone unlikely to hear from many Christians because of their politics, or their views on abortion or homosexuality?

Jesus looked upon the unprepared. Who would’ve thought these Samaritans were prepared to hear from this Jewish rabbi?

The predecessor of Martyn Lloyd-Jones at London’s Westminster Chapel, G. Campbell Morgan, said on this text,

If those disciples had been appointed a commission of enquiry as to the possibilities of a Christian enterprise in Samaria I know exactly the resolution they would have passed. The resolution would have been: Samaria unquestionably needs our Master’s message, but it is not ready for it. There must first be plowing, then sowing, and then waiting. It is needy, but it is not ready.[1]

By contrast, Jesus says, “Lift up your eyes and look on the fields.” Look on the unlikely and think, “Right now, these people don’t look like it, but God may have prepared some here to be ready to come to Christ right now.”

Who do you know in one of these three categories? Who do you know who is unloved, or unlikely, or unprepared, but could—like this woman—by the power of God, come to Christ right now?

We can believe that anyone—regardless of preparation or background—might be ready to come to Christ right now. That’s because it’s the power of God that opens people’s eyes. It is the power of God that gives people a readiness, even a sudden readiness, to hear the Gospel and believe. In one moment He can remove a heart of stone and give someone a heart for the Gospel that they have never had nor ever evidenced before that moment.

Because of the power of the Holy Spirit working through the Gospel, we need to have the “right now” view about expecting anyone to come to Christ.