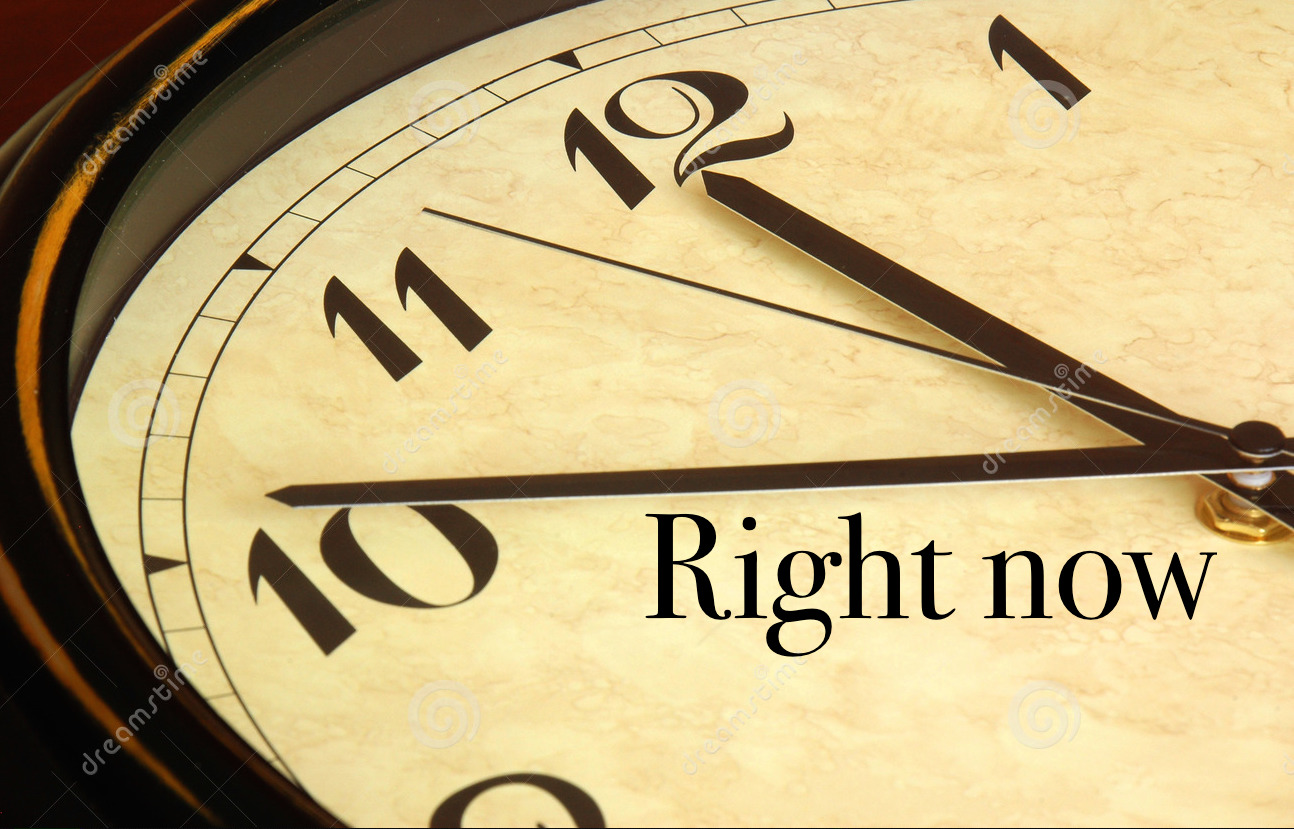 In John 4:35 Jesus said to His disciples, “Do you not say, ‘There are yet four months, then comes the harvest’? Look, I tell you, lift up your eyes, and see that the fields are white for harvest.”

The disciples weren’t expecting a harvest there in Samaria, at least not now. “There are yet four months, and then comes harvest” was a proverbial statement that Jesus said reflected their view of the spiritual possibilities presently in Samaria. But Jesus says such a “not now” view is the wrong view about what God can do in an apparently unlikely setting.

God wants us to have the “right now” view about expecting to see people converted to faith in Christ.

The “right now” view requires you to “lift up your eyes.” Notice that Jesus said, “the fields are [present tense; right now] white for harvest.”

Jesus wanted His disciples to look at things from the spiritual perspective. He isn’t talking about crops when He says “the fields are white for harvest,” but rather about the Samaritans coming out of the city toward them.

So to “lift up your eyes, see that the fields are white for harvest” means to look at all fields, including your fields—the fields in which you live and work for Christ now—from the spiritual perspective. Jesus is saying that we should look on every field—every person and every place—as a field where God may be ready to convert someone right now.

We need the “right now” view about what God can do through the Gospel.

That’s what Jesus was saying to the disciples. “Lift up your eyes, and see that the fields are white for harvest”—think evangelism.

Too often, like the disciples, we think only on the material plane.

I was guilty of this one memorable time during the annual Southern Baptist Convention. After only four hours’ sleep, I had to leave Atlanta very early that morning and fly to Dallas to conduct an emotionally draining funeral. Immediately after the funeral I rushed back to the DFW airport, only to learn that my 6:30 flight was delayed. It was delayed over and over, and at 11:00 I’m still sitting in Dallas. All I could pray was, “Lord, I’m so tired; please let me get back to Atlanta so I can just go to bed.” I never thought about whether God had any purpose in it all.

When we eventually boarded the plane, I leaned against the window thinking, “Lord, I just want to sleep on this flight; and if I can’t sleep I need to read.” At last the Lord broke through my spiritual fog and I realized that He might have me on this plane and in this seat at this time for His purpose.

A woman took the seat next to me. “Okay, Lord,” I dutifully prayed, “if You’ll give me a clear opening, I’ll witness to her.” As she got settled, she put a book on her lap and I saw that the words on the cover were in Hebrew. I quickly tried to mentally review my Hebrew alphabet to see if I could piece together enough to recognize any of the words. Finally I pointed to the book and said, “Does that say that the author’s name is Amos something?

“Yes,” she said, as she looked at me in amazement. “How do you know Hebrew?”

“Well, I studied it for a year once. Maybe you could help me review a few things.”

I learned that Penninah was an architect from San Diego who had her own successful firm. For the entire flight to Atlanta I got to talk with her about Jesus Christ, the Cross, the Resurrection, repentance and faith, and what she thought Christianity taught.

It all happened when I began to lift up my eyes and to look at the field next to me from a spiritual perspective, to think evangelism.

I remember one summer during Vacation Bible School when I was pastoring. I lifted up my eyes and realized that for five mornings our building was full of children—not to mention helpers from the youth group—who needed much more than for me to simply fulfill my obligatory pastoral responsibilities in the daily opening assembly. They needed to know Jesus. So in addition to preaching to the large group at the start of each morning, I tried to pull some of them aside individually every day and talk with them about their soul.

“What use are sermons, sacraments, schools,” asked Horatius Bonar in his Words to Winners of Souls, “if souls are left to perish.”[1]

What fields do you need to look upon with the “right now” view?