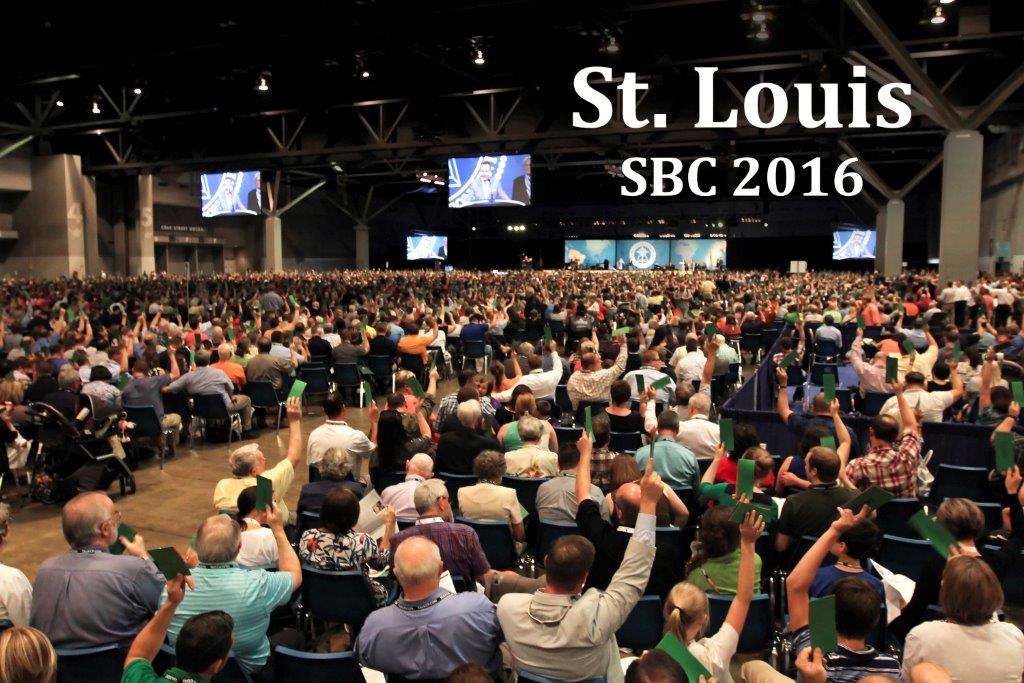 I’m writing from Phoenix, where I’m attending the annual meeting of the Southern Baptist Convention. It’s my 34th consecutive meeting, having attended every year since 1983. I am blessed to be here again.

Some people might see the term “denominational meeting” and imagine it as enjoyable as a convention sponsored by the Bureau of Labor Statistics. But it’s a gathering of part of Christ’s church; a meeting of believers in Jesus Christ, and it’s a blessing to be part of that.

I look forward to the annual Southern Baptist Convention for several reasons, but mainly because it’s the only time all year I get to enjoy fellowship with some of the most devoted followers of Jesus on the planet. What’s not to like about that?

I’m thinking right now of the late Dr. T.W. Hunt, the most prayerful man I’ve ever known. When I was pastoring in the Chicago area in the 80s and 90s I had T.W. at our church three times. But after I became a seminary professor in 1995, the only time I could see him was at the SBC. I always loved asking him, “What’s the Lord been teaching you, T.W.?” His eyes would flash and he would reply, and usually he would relate something about prayer or Heaven that he was learning. Man, I miss that.

Although I’m exhausted by the end of the convention, it’s a good tired. The convention is “work” for me in the sense that my employer, The Southern Baptist Theological Seminary, pays my expenses so I can represent the school at our booth. So that’s where you’ll find me during many hours of the convention. When possible I’m in the convention hall, keeping up with what’s going on and representing my local church as a voting messenger.

The convention hall and the exhibit hall

So think of the annual SBC meeting as largely divided into two adjacent locations. The first is the convention hall where the convention proper occurs. This is where reports are heard, business is conducted, and the times of preaching and singing happen.

The second location is the exhibit area, which usually is separated from the convention hall only by a wall. This is a 2x football-field-sized room containing a huge Lifeway store, “booths” from all the SBC agencies, many colleges, and miscellaneous other Christian organizations. These booths may be as narrow as a single table or as large as half the size of a basketball court. The larger booths usually have either signage suspended from the ceiling above or towering up from the floor, so that the visual effect upon those entering the exhibit hall is almost like that of suddenly walking upon a small town during its annual festival.

This is where friends meet, purposefully or serendipitously. Anyone looking for me knows that sooner or later they can find me at the Southern Seminary booth. Prospective students come by for information and alumni reconnect with faculty and each other. I love seeing former students here—it’s about the only time I ever get to talk with them—and hearing about what the Lord has done in and through them.

Most SBC churches may send up to ten messengers (elected church representatives who may vote on denominational business). Many churches, however, can afford to send only their pastor and, hopefully, the pastor’s wife. But with a potential of ten messengers per church there’s always a large percentage of messengers at the convention who are not on the staff of their church and who pay their own travel expenses.

Why should you attend?

Decision-making. The church that sends messengers to the convention gets to participate in the decisions of the denomination. This includes the votes for the president of the convention and it’s budget, including the budgets for our International and North American mission boards (representing about 10,000 missionaries), and the SBC seminaries, which are attended by one out of every five seminary students in the country.

Policy-making. Attending the SBC also means you can enter into the discussions and votes on the many resolutions passed by the convention, declarations which typically garner more attention in the national media than anything else that happens at the meeting. While the resolutions officially represent only the opinion of those messengers gathered at the time of the vote, outsiders perceive them as the official position of the entire SBC on current issues, such as abortion, gender issues, and other important controversies and crises. When the messengers of the denomination speak with one voice on these matters, it gains a hearing we could never get individually

Educating. Another benefit of attending the convention is staying informed. The reports from our convention agencies (such as our mission boards, Lifeway publishing, the Ethics and Religious Liberties Commssion, each of the six seminaries, etc.) keep you up-to-date on the Lord’s work in the SBC. The testimonies from missionaries and others remind you of the end results of the gifts and prayers you offer for these in your local church.

Space does not permit me to speak of the pre-convention events such as the Crossover evangelistic efforts, the Sunday night-through Monday night pastors’ conference, and the pastors wives’ luncheon. There’s a galaxy of events surrounding the official convention business sessions, such as missionary commissioning services, the seminary alumni luncheons, various panel discussions, authors’ book signings, radio and podcast interviews, and so much more.

There’s not just something for everyone, there are many things for everyone. The opportunities for information and edification start early in the morning and go until late at night. And as you go from one event to the other you experience the providential encounters with brothers and sisters who have been or perhaps will become precious to you.

Sure, there are parts of the convention event that aren’t for me. But that’s true for everyone, and it’s unrealistic to expect something of this magnitude to be otherwise. And of course, there are differences of opinion in the discussions on various matters. But that’s true on the local church level, too, so obviously that will be the case when representatives from thousands of churches gather. There are so many options, and so many opportunities, though, that if you don’t experience countless blessings while attending the SBC then you’re doing it wrong.

The Southern Baptist Convention is an association of churches, and churches are comprised of individual believers in Jesus. And some of the dearest, most Christlike believers I’ve ever known are among those who attend the annual meeting of the SBC. Seeing these friends each June is one of the highlights of my year.

I hope to see you at next year’s convention meeting in Dallas.