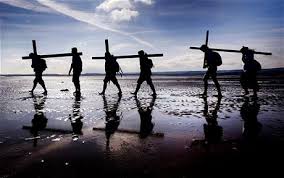 During the Protestant Reformation of the 1500s, Martin Luther articulated a timeless distinction between two approaches to knowing God. He labeled one a “theology of glory” and applied it to those who believe they can attain a glorious knowledge of God by human goodness, religious effort, mystical experiences, or the wisdom of human reason. According to this view, God manifests Himself most often through blessings, victory, success, miracles, power, and other exhilarating experiences of “glory.”

By contrast, Luther argued that the biblical way to know God goes through a “theology of the cross.” God has “hidden” Himself where human wisdom would not expect to find Him, that is, in the lowliness and suffering of the man Jesus Christ, and especially in His humiliating defeat on a Roman cross. As Luther put it, “true theology and recognition of God are in the crucified Christ.”* So rather than finding God by ascending to Him through our efforts, wisdom, or self-initiated experiences, God has descended to us in Jesus whose glory was in the least-expected of places–the cross–and in a way where He can be found by faith alone.

Our natural tendency is to look for Him through the theology of glory. As with the Apostle Thomas, our way says, “Show us the Father, and it is sufficient for us.” But rather than display a vision of the Father in Heaven, Jesus pointed to Himself–a poor, simple man–saying, “He who has seen Me has seen the Father (John 14:8-9). Our theology of glory says with Jesus’ enemies, “Let Him now come down from the cross, and we will believe Him” 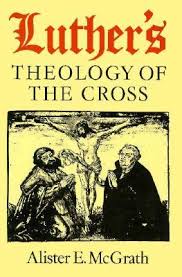 (Matthew 27:42). And even though He could have exploded off the cross in a dazzling display of power and called legions of magnificent angels from Heaven to testify to His divinity. Jesus stayed on the cross until His work was finished.

The cross lies at the heart of all God did through Jesus Christ. It is the supreme example of God’s power and wisdom displayed in what the world considers weakness and foolishness (1 Corinthians 1:18-25). And anyone who wants to know God must find Him in Christ crucified.

But the cross is as central to following Christ daily as it is to knowing Him initially. Notice the word daily in the invitation of Jesus: “Then He said to them all, ‘If anyone desires to come after Me, let him deny himself , and take up his cross daily, and follow Me” (Luke 9:23).

As Jesus was willing to go to the cross to do the will of the Father (Philippians 2:8), so we must be willing to follow Jesus to the cross, daily dying to any desires that conflict with His so that we may daily live for Him. While we may truly speak of glory inaugurated by the resurrection and ascension of Jesus, identifying with following Him in this world involves suffering. Indeed, there will be no end to cross-bearing this side of Heaven.