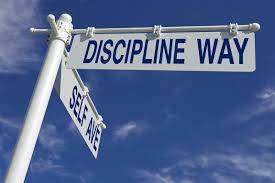 On the occasion of the release of the Revised & Updated edition of my Spiritual Disciplines for the Christian Life, Trevin Wax interviewed me about spiritual discipline, legalism, and laziness.

Part one of this interview is here.

Trevin Wax: 3. The second concern deals with specific spiritual disciplines, primarily those concerned with meditation on God’s Word or spending time in silence and solitude. How do you respond to those who believe time in silence is a misinterpretation of Psalm 46:10, an extrabiblical innovation that can lead us to place personal experience over God’s revealed truth?

Don: First, I trust that no Bible-believer has an issue with the responsibility, privilege, and value of meditation on God’s Word. Passages such as Joshua 1:8, Psalm 1:3, 2 Timothy 2:7 and others should settle that. How could anyone who loves God and His Word discount the importance and benefits of meditation on Scripture? And the fact that meditation would frequently be most fruitful when done in privacy stands to reason.

But to unite the two (solitude and meditation on Scripture) on the basis of Psalm 46:10 is an error. Psalm 46:10–“Be still, and know that I am God”–is indeed frequently misinterpreted. In fact, I would say that when it’s used in the context of the devotional life it’s always misinterpreted. While I do think it represents a biblical principle, namely that it’s always beneficial to stop and be reminded of the sovereignty of God in the midst of all circumstances, that’s not what Psalm 46:10 is about. Rather the context there is international, not personal. It’s about God’s exaltation above the nations, not about an individual’s personal piety.

Meditation on Scripture, done rightly, leads to the richest “personal experience” (with God), but never at the expense of God’s revealed truth. Rather I would contend that the richest experiences with God come most consistently by means of meditation on His Word. Why is it that so many Christians, people who read the Bible every day, cannot remember the last time their daily time in the Word of God changed their day, much less changed their life? Why is it that most days, if pressed, as soon as they close their Bible would have to admit, “I don’t remember a thing I read”? I would argue that the reason is a lack of meditation.

While reading the Bible is the exposure to Scripture–and that’s essential; that’s the starting place–meditation is the absorption of Scripture. And it’s the absorption of Scripture that leads to the experience with God and the transformation of life that we long for when we come to Scripture. My contention is that people just don’t do that, even people who read the Bible every day. It’s not that people can’t meditate on Scripture; they just don’t. Often it’s because they’ve not been taught about meditation, and/or they just don’t know how to meditate on a verse of Scripture. That’s why in the section of Spiritual Disciplines for the Christian Life where I write about meditation I conclude with seventeen different ways to meditate on Scripture, ways that are doable by any Christian (for any devotional practice–like meditation–expected of all God’s children has to be fundamentally simple).

Trevin Wax: 4. One of the reasons why worship attendance is down in some denominations is that the faithful Christian who is active in church is attending less often. In your opinion, does it help us to see the public worship gathering as a “discipline,” or is conceiving of worship as an “obligation” one of the reasons of why Christians are attending church less often?

Don: In my opinion, the reason the “faithful Christian” you mention attends church less often has nothing to do with the intentional rejection of an “obligation” imposed by the church. Having no interest in gathering when God’s people gather for the purpose of publicly honoring and enjoying God, finding no delight in the incarnational (not merely recorded) proclamation of God’ Word, and having no appetite for the grace of the Lord’s table comes from a deeper root than an avoidance of legalism. In the New Testament, the concepts of “faithful Christian” and avoidance of church life never characterize the same people.

Because of the internal war of the Spirit against our flesh and our flesh against the Spirit (Galatians 5:17), there remains within us while in this world a gravitational pull of our hearts away from the things of God (such as public worship) as well as a Spirit-produced gravitational pull toward them. To be one who intentionally fights against the flesh and who “sows to the Spirit” (Galatians 6:8) it’s right and biblical to speak of participation in congregational worship as a discipline. As I mentioned earlier, the blessings experienced in the worship of God with His people will often be forfeited if we attend only when we feel like it when we awake on Sunday morning (if indeed we even awake on time without discipline).

Trevin Wax: 5. In this newest edition of your book, you have added more than 10,000 words of new material, adding more Bible references and a more cross-centered focus. What led you to make these adjustments in the new edition?

Don: The single biggest addition to the book was the expansion of the section on methods of meditation from six to seventeen. Some of the book’s enlargement came simply from including things I’ve learned about the disciplines in the twenty-three years since the original edition was published. I also took the opportunity to delete a few lines and quotations that could be construed as inclining toward mysticism. Most importantly, I added more of the gospel in every chapter. In 2011 I did a year-long series on “The Gospel and the Spiritual Disciplines” for Tabletalk magazine. Much of that material found its way, chapter-by-chapter, into the Revised & Updated edition of Spiritual Disciplines for the Christian Life. I wanted to do my best to ensure that no one separated the gospel from the disciplines or became tempted to think that by the diligent practice of the disciplines they could earn God’s favor.

I’d also like to mention that the terminology of the book has been updated, and I believe it’s now a better-written book. I reviewed every line, and I hope I’ve learned a few things about writing in the last twenty-three years. Overall, I think this edition is a big advance for the book in style, but especially in content, and I hope your readers find it to be so.

This interview originally appeared on August 12, 2014, on Trevin Wax’s blog on The Gospel Coalition website.