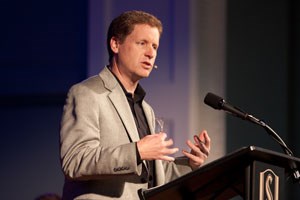 There may be other Christians more committed to the discipline of Scripture memory than Pastor Andy Davis, but I’ve not met them.

But I do know Andy, and can tell you that he’s the real deal. Not only is he the most diligent memorizer of Scripture I’ve ever known, he’s also a genuinely godly man, a devoted husband (to Christine) and father (of five), a careful expositor of Scripture, and a faithful pastor. Since his graduation with a Ph,D. in church history from The Southern Baptist Theological Seminary in 1998, he has been pastor of First Baptist Church of Durham, NC. Before that, Andy served as an SBC International Mission Board church planter in Japan.

In 2014, Baptist Press wrote a story about Andy, who at that time had memorized an astounding 35 books of the Bible. Since then he has added another seven.

A few days ago I interviewed Andy by phone in one of my seminary classes. I thought that the readers of this blog might profit from some of the highlights of that conversation.

Why you shouldn’t be intimidated

First of all, before you think Andy is blessed with a superpower memory and uses it to internalize Scripture to a degree you could not, realize that he does not permanently retain all he has memorized. He doesn’t have complete recollection of all 42 books ready on his lips. Exactly 100 days after he has memorized a book of the Bible word-perfectly, his retention of it begins to erode.

That’s because following his complete mental mastery of a book, he recites it each day for 100 days, then moves on to another book. Once he stops reviewing a book, his ability to recall every chapter and verse of it  starts to fade.

Of course, he doesn’t forget everything. The months he invested saturating his mind with the book results in a lasting familiarity with the flow and message of the text. Sections of it remain indelibly impressed for immediate retrieval.

So while he retains less and less over time of the exact wording of the books he no longer reviews, his overall grasp of those books (and their grip on him) isn’t diminished. The lifetime benefits of books memorized years ago is unquestioned. Still, it’s encouraging to those of us who are tempted to think that Andy’s ability to memorize is superior to our own to know that, like everyone else, he also doesn’t remember what he doesn’t review.

Despite that concession, many believers would still be tempted to believe they couldn’t memorize entire books of the Bible. They imagine the little letter of Third John would be as impossible to memorize as the Gospel of John.

In other words, you keep repeating a book, one verse at a time, over and over until you have it.

Let’s say you plan to memorize the book of Ephesians. On day one you read Ephesians 1:1 aloud ten times. Then you cover it and recite it ten times, adding the chapter number and verse number, saying “1:1.” That’s it for day one.

On day three you review yesterday’s verse first, reciting Ephesians 1:2 ten times, looking at your Bible as necessary. Then you begin the daily practice of reviewing all your verses, so you say Ephesians 1:1-2 aloud ten times, including the verse number for each verse. Now you learn your new verse, using the same method as before: saying verse three aloud ten times and quoting it ten times. That’s all for day three.

By day four you’ve learned the process and have momentum. As before, you review yesterday’s verse first, then all previous verses, and then learn your new verse.

There’s no magic here. Just repetition over time. Once you’ve learned the entire book, you stop learning new verses and repeat the entire book daily for one hundred days. Then you start a new book. 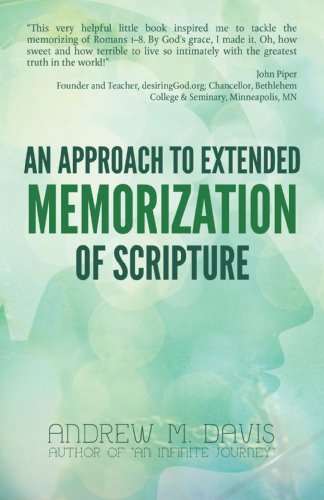 Dr. Davis wrote a helpful booklet on An Approach to Extended Memorization of Scripture. In it he explains how he began memorizing Scripture, and provides more detailed instructions on the daily process of memorizing entire books.

A Kindle edition is available for 99 cents on Amazon, or you can download a PDF of it (in English, Japanese, or Spanish) for free here on the First Baptist Church website.

More teaching by Dr. Davis on Scripture memory, including a summary of the Bible’s teaching on memorizing Scripture, the benefits of doing so, why he believes it’s best to memorize entire books instead of isolated verses, and answers to the most common excuses for not memorizing Scripture is available here on the church’s website. 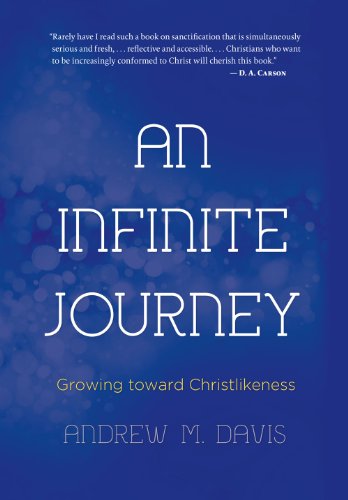 Besides the Bible, it would be difficult to find any other single resource with more biblically sound, theologically rich, pastorally helpful, and practical insight about Christian growth than this book.

I’d recommend it to anyone on the “infinite journey” toward Christlikeness.

James 1:25 says this about coming to God’s Word: “the one who looks into the perfect law, the law of liberty, and perseveres, being no hearer who forgets but a doer who acts, he will be blessed in his doing.” The one who memorizes Scripture is the one most determined not to be one “who forgets.” Which will you be?