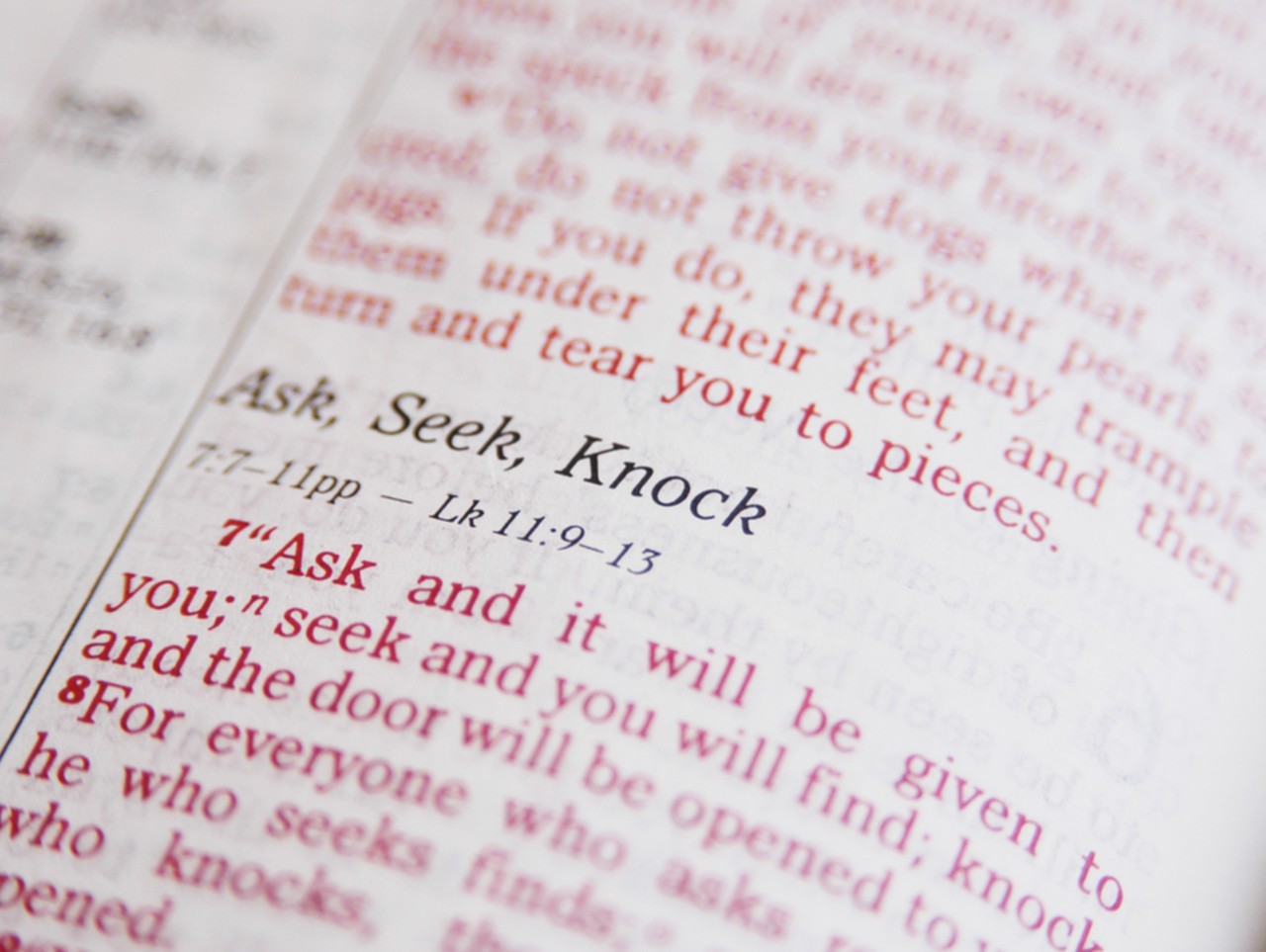 One way to simplify your prayer life is simply to ask. Perhaps more often than we realize, we want God to do something for us or to give something to us, and yet we haven’t actually asked Him for it. “You do not have,” says James 4:3 “because you do not ask.” The failure to ask is not the only reason we do not have, for the Bible has many other things to say about what we should ask for and why we should ask. In fact, in the very next verse we read, “You ask and do not receive, because you ask amiss, that you may spend it on your pleasures.”

While any passage on prayer needs to be placed in the context of the entire Bible’s teaching on the subject, it’s easy to add so many biblical qualifiers to this broad promise that we end up doubting it more than believing it. But rather than discourage us from asking, Jesus emphasizes three times what “will” result from asking, seeking, and knocking at the door of Heaven. Then to further embolden us, He promises that “everyone” who asks receives” [emphasis added].

Of course, we may not receive exactly what we ask for. (And I thank God for this when I remember some of the things I’ve requested.) But we will receive something good. For Jesus continued, “Or what man is there among you who, if his son asks for bread, will give him a stone? Or if he asks for a fish, will he give him a serpent? If you then, being evil, know how to give good gifts to your children, how much more will your Father who is in heaven give good things to those who ask Him?” (verses 9-11).

Because God is good, He will give “good things” to all who ask Him. We do not know what they are or when He will give them, for the “good thing” given in answer to many prayers will be seen only in Heaven. But Jesus says, “ask.” Simply ask, and you will receive something good.